Currently, energy data is often difficult to find. It is mixed in different repositories, as well as being fragmented, which can slow energy-related project progress, increase the costs, and create an overall lack of efficiency in the field of energy.

The EnerMaps project (Horizon 2020 project) will act as a quality-checked database of crucial energy data that will communicate and disseminate data effectively and efficiently using practices to make the data findable, accessible, interoperable, and re-usable, also called the FAIR principle. The project follows the recommendations made for the European Open Science Cloud (EOSC)1.

Data is the new oil of the information age. While this is easy to state, the reality often looks different. Dr Jakob Rager, Director of the CREM and project coordinator for EnerMaps observed that: “Everybody tells you before the start of a project: “Yes, we have all the data necessary.”  Then generally two observations can be made: Either the legal discussion on data access becomes complicated or the data is not that useful.”

Often the legal framework has not evolved as fast as the data is created. Therefore, access to data as well as the management of the data can be problematic in the absence of clear laws.

In terms of quality and quantity of available data, a careful check is often required to understand the existing data correctly. Is the data complete? Rarely – sensors or data recording systems have outages and are not under constant surveillance. Missing data documentation, the so-called ‘meta data’ or ‘data on data’ is the next challenge. In order to avoid misunderstandings and correctly use the data, data sets need descriptions such as the source, SI-units and a contact person for questions. Ideally information about uncertainty ranges would be of great added value when looking at an energy system because we could identify the importance of that data.

To improve the current situation, a central aim of EnerMaps is to obtain a coherent data management while adapting to the different user needs. We know that the type and the precision of energy data available has strongly increased this last decade and, as a result, different projects which aimed at centralising data in a common platform have been started. However, many projects aiming solely at centralising environmental data have failed or have not managed to interest users sufficiently.

Common problems are: that the interface was not sufficiently flexible to adapt to the different user needs; that long-term support was not available; and that the quality of the metadata and data was not checked with enough detail for the users, who need to know exactly how the data was produced to be able to reuse it. Hence, EnerMaps needs to adapt its interface for different users while keeping a coherent unique data management, while also developing an efficient quality-check process to be able to centralise energy data in a common platform with a long-term support.

To this end, EnerMaps tool is formed of two connected platforms which adapt to user’s needs. In a first layer, it will use the power of OpenAIRE algorithms to find nearly all energy data with their related publications though a research gateway which has a long-term support. In a second layer, critical energy datasets are selected and visualised after a quality-check process. In this way, we obtain a tool which responds to different data needs, accessing a large number of datasets without drowning the user with too much information. The second layer is based on the tools and software developed during another H20202 project called HotMaps.

EnerMaps, the continuity of Hotmaps project

Hotmaps project is a Horizon 2020 project that started in October 2016 and ended in October 2020. The ultimate goal of Hotmaps was to develop, demonstrate and disseminate a toolbox to support public authorities, energy agencies and planners in strategic heating and cooling planning on local, regional and national levels, and in-line with EU policies. The toolbox facilitates the following tasks on a spatially disaggregated level:

To perform the above tasks an open data set was required, with which the methodologies could be applied uniformly to the whole EU-28 countries. The Hotmaps toolbox was developed under an open access license (Apache 2). To facilitate the use of the toolbox for the users the data sets were also provided under an open source license. All data sets were described with metadata in order to support users in retrieving and understanding information.

The Hotmaps toolbox: A solid base for EnerMaps

Both the Hotmaps toolbox and data sets have been used in scientific works and has initiated the development of heating and cooling strategies in municipalities. In this way, Hotmaps has contributed to the decarbonisation of the heating and cooling sector. NGOs, research institutions and scientific communities active in the energy sector rely heavily on open data sets. Based on facts and figures obtained from analysing these data sets, they can demand concrete actions from policy makers. In a broader view, to reach EU goals in decarbonising the energy sector, these efforts should be multiplied.

Open source data sets can potentially speed up the analysis and planning processes. Particularly, if the data sets are published under the FAIR principle, the process will become more efficient and the obtained results of evaluations and pathways become transparent and comparable.

The positive advancements made by Hotmaps will be followed with a broader view on the whole energy sector and with an emphasis on the FAIR principle in the EnerMaps project. EnerMaps will provide a story map of energy data as well as guidelines on visualising them. The EnerMaps data management tool (EDMT) will be a further development of the Hotmaps toolbox with new calculation modules, while remaining open source. It will be used to visualise spatial open data and furthermore give visibility to them. The EDMT also helps users to quickly obtain useful indicators from provided data without any previous knowledge of GIS know-how. Using the calculation modules, users will be able to manipulate and elaborate further the data sets provided in EMDT.

We are currently at in the early stages of the project. One of the goals of this first stage is to identify and select 50 initial datasets that will form the core of the EnerMaps Data Management Tool. These datasets will provide a sample of the types of data that EnerMaps will provide to our project’s lead and end-users (e.g. researchers, industry, energy managers, energy planners, energy utilities, energy consultants, public administration officers, civil society, etc.).

We took two primary steps in selecting the data. First, we conducted a literature review on common energy data demands, which included a review of journal papers, conference briefs, and similar articles on the common datasets and data requirements. Second, we conducted a stakeholder analysis to identify a sample of experts who were then interviewed to assess their energy data demands. Based on these two investigations, the following categories were identified as the base of the data selection:

In addition to a focus on renewable energy data, a priority for EnerMaps was also to include 15 datasets from publicly funded research and innovation projects. Datasets from these projects will especially benefit from EnerMaps since they are often not well-known and are difficult to obtain. Since EnerMaps will concentrate on energy research in Europe, data that focuses on Europe was prioritised. Finally, there was an emphasis on datasets from national and European statistical offices (e.g. EUROSTAT) due to the high quality of these datasets.

The points above guided the data selection process for the initial datasets that will be included in EnerMaps. After identifying the initial datasets, the next step is to conduct a quality control process to assess the quality and consistency of the data.

EnerMaps has the potential to overcome the problems of finding easily and quickly trustable energy data. Data will become findable, completed and documented. Thanks to FAIR users will understand where it is from and know they will have no legal issues. Then they will be able to use it again and again.

To know more about and keep updated:

Feel free to reach out to info@enermaps.eu 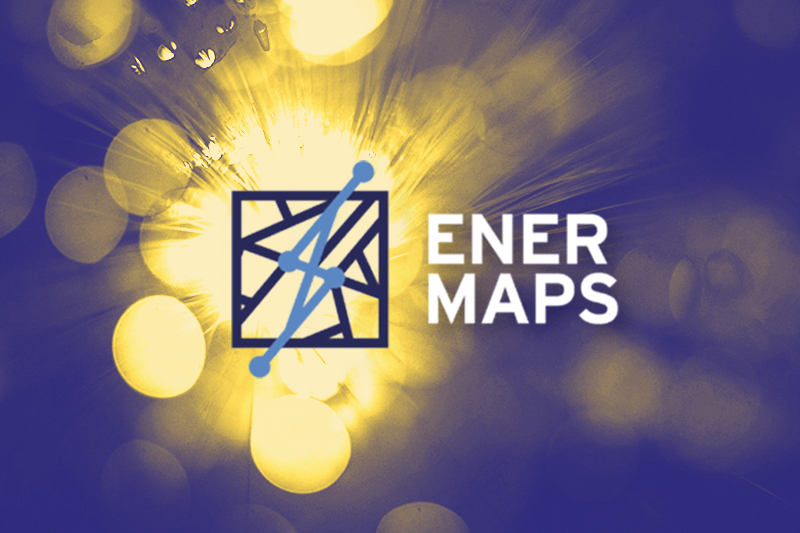 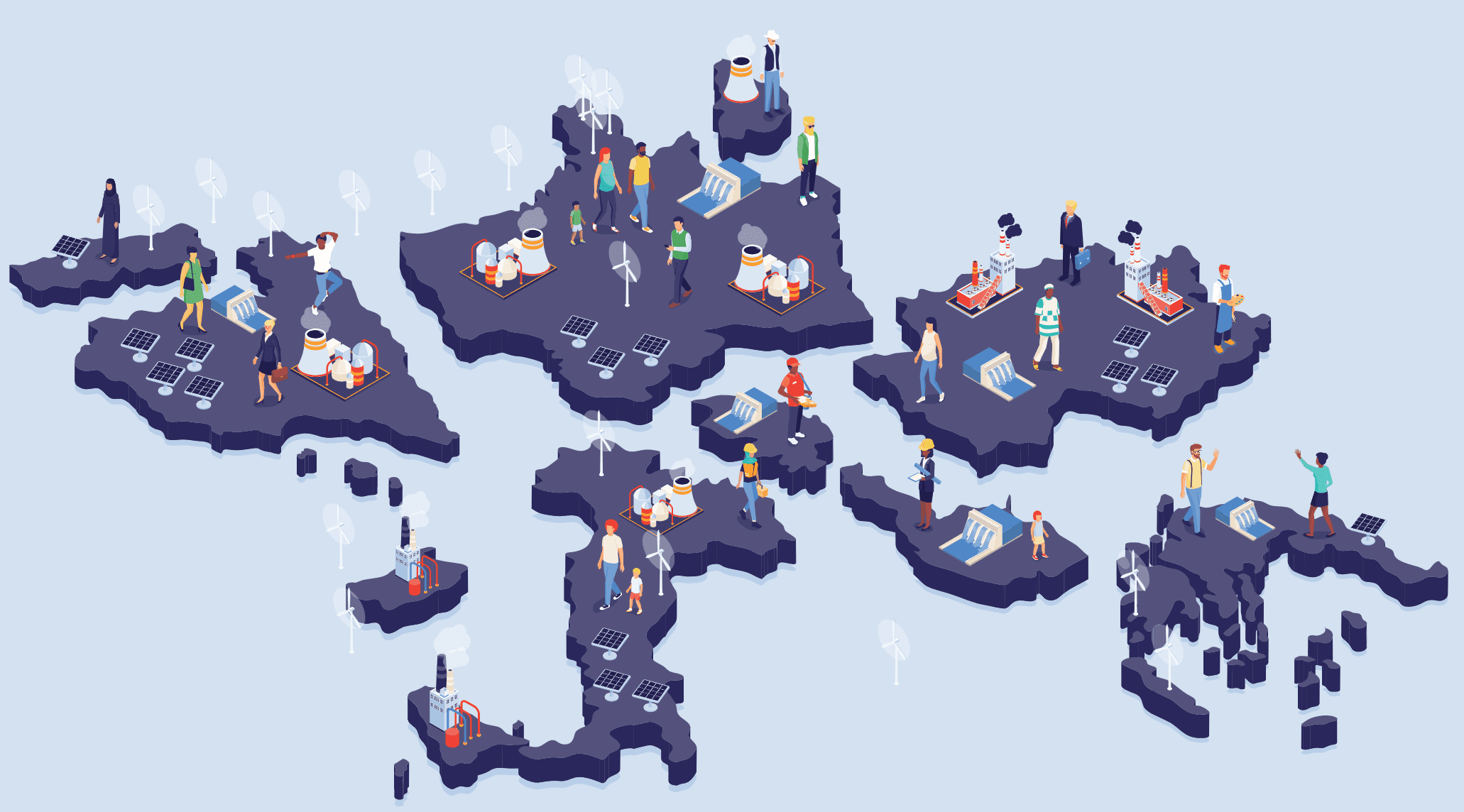